“The Artist’s Bookshelf” is a column about books that inspire the CHIRB staff’s favorite artists.

Theo Germaine has range. If you’ve seen them in Abby McEnany’s Work In Progress on Showtime, you’ll know them as Chris, the compassionate, joyful love interest of the protagonist, Abby. Together, they run around Chicago backdrops I know and love: Uptown, Andersonville, Ravinia, and divey queer bars with clientele of all ages and gender expressions. If you’ve seen them in Ryan Murphy’s The Politician on Netflix, you’ll know them as James Sullivan, a ruthless advisor to the student body president, Payton, played by Ben Platt. The two politicians scheme their way through high school, and in season 2, which premiered this past Friday, they take their plans to a bigger stage: the New York Senate.

Germaine’s acting is evocative: When their character’s heart breaks on Work In Progress, my heart breaks, too. When their character calculates and manipulates in The Politician, I’m scared, but I also want them on my team. Germaine’s career may have started in the Chicago theaters, but the world should be their stage. Below, Germaine shared the books that have inspired them.

“This book talks about the United States’s racist history during the Civil War and beyond, and how both northern and southern whites violently contributed to the suppression and liberation of Black people. A lot of the violence and suppression happening to Black people in this country today is an extension of what was happening then. It’s one (of many) essential history books that helps unearth some of the truths about racism in this country and how all white people have benefited from it. It inspires the reader to continue to educate themselves on how to be a better and more informed ally.”

Redefining Realness: My Path to Womanhood, Identity, Love and So Much More
By Janet Mock
Atria Books

“Janet Mock—an incredible artist, director, writer, and activist—tells her story in this memoir about growing up as a mixed-race trans person between Hawaii, Texas, and California. She’s known today for this book and its sequel, Surpassing Certainty, for her work at People and Marie Claire, and for producing, writing, and directing Ryan Murphy’s POSE, Hollywood, and The Politician, where I have had the honor of working with her.”

“This is one of my favorite books of all time and it’s hard to describe, but I’m obsessed with Bolano’s writing. It’s a labyrinth of a story filled with the type of mystery and elusiveness that makes you feel like magical realism is around the corner—it transcends genre—covering an evasive writer, murders, academics, and mental illness. You’ve seriously just got to read it, or anything, by Bolano.”

Her Body and Other Parties
By Carmen Maria Machado
Graywolf Press

“This book is a beautifully spun web of short stories that revolve around themes of science fiction, psychology, queerness, sexism, and girl/womanhood. It’s the type of sci-fi content I didn’t know I needed, but was very hungry for.”

The Calculating Stars (and its sequel, The Fated Sky)
by Mary Robinette Kowal
Tor Books

“This is a story (also known as the “Lady Astronaut” series) about an alternate timeline in which a meteorite hits the Atlantic Coast in the early 1950s. The accelerated space race that ensues in an attempt to save humanity is told from the point of view of a mathematician and former WASP pilot named Emma York. It’s so refreshing and good, and the author used to reside in Chicago.  My partner gave her a Lyft ride home one night.” 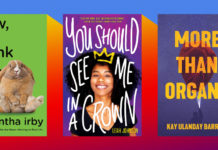 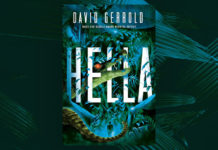 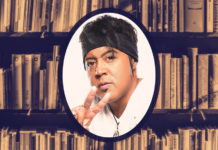