If the saying is that “sex sells,” I feel confident that in the year 2020, politics may have stolen its mantle. In Docile, K. M. Szpara unites both. Pitched as a dystopian parable about love and sex, it centers around Elisha Wilder, a young man from rural Maryland whose family has been ruined by debt handed down to them from previous generations. Set in a near-future, where the wealth gap has widened to where it appears most everyone is either a trillionaire or a debtor, Elisha is forced to pay off his family’s debt by selling himself as a “Docile.” And while it is implied the services dociles perform varies from person to person, his service, like many others, primarily constitutes companionship (read: sex slavery).

The catch? He’s not just anyone’s Docile. His contract has been purchased by Alexander Bishop III—the heir to a multi-trillion dollar fortune built around the creation of Dociline: medicine meant to lull Dociles into a more or less catatonic, yet functioning state, where they are protected from remembering the traumas they undergo as they pay off their debts.

It’s an incredibly clever set-up for a novel. And though parts of its set-up are predictable—Alex isn’t like the other trillionaires! When they first meet he allows Elisha to wear a shirt!—the point of view toggles between Elisha and Alex effectively. It makes for an energetic opening to a dystopian narrative, one with a keen eye toward our current culture’s most fraught dynamics. The rural/urban divide is sharpened: “People in the city can afford not to work on the weekends,” Elisha is reminded. Pharmaceuticals are used as numbing agents: “We asked citizens in Ireland what they thought of the drug and the response was overwhelmingly ‘too American.’” At times throughout my reading, I worried the world-building was almost too easy, that Szpara was simply reaching for every dial he could find and turning it up times twenty, but to his credit, the narrative remains grounded in the transforming relationship between Elisha and Alex. Before long, the first half of the novel comes to resemble a love story.

Love can’t be the right word, though. Not when Elisha is held captive, contractually obligated to perform sex. Unfortunately, that does not prevent him from thinking it is love. Nor does it stop Alex from thinking the same. Elisha eventually articulates this, declaring “Alex said I couldn’t love him back and… He was right. You can’t love someone if they’re in control of you. Alex was in control of me.” Thankfully, such didacticism does not run through most of the text. In fact, it is the confusion about the nature of their relationship that I found to be one of the novel’s most compelling attributes.

Szpara is a master at making Docile feel like a love story when we know it’s not. It can’t be real love, and it shouldn’t be. The erotic throughout the novel functions similarly. The sex scenes he writes are well drawn and sensual to an extent where it is sometimes easy to forget the action is not consensual—even when Elisha believes it is. It’s perhaps Szpara’s most brilliant move, using salacious material to engross the reader until they are implicated in the horror of what is happening. In its ability to lead the reader astray, Docile shares more in common with Lolita (albeit a much simpler written version) than it does Fifty Shades of Grey.

Or it does for its first movement, before the complexity of the novel’s sexual and personal dynamics are abandoned in the interests of narrative momentum.

Strangely, Docile’s narrative crests not with the unpacking of the complex relationship that the first half promises us, but with a legal drama. The world of the novel dissolves into courtroom proceedings, and there is no shortage of the genre’s tropes. Gasps emanate from the chamber. There is a stunning reversal on the witness stand. Alex and Elisha defy their lawyer’s wishes. I will acknowledge that this pivot may make sense for the sake of narrative tension and in fairness to Szpara, it allows for a satisfying, clean ending. But should a book with themes so complex prioritize reader satisfaction above truthful engagement? Szpara’s empathy for even the most despicable of his characters is admirable, but should they be let off the hook so easily?

Toward the end of 2019, a well-regarded poet who shall not be named asked whether novels have bad politics “because they are novels” before promptly deleting their Twitter account. The comment ruffled a fair amount of feathers, but after considering Docile, I think I finally understand what they meant. I wouldn’t question the purity of Szpara’s intentions with Docile, and further, there are plenty of passages throughout the text where his execution impressed me. When Docile does miss the mark though, it tends to be because its author shows a fidelity to the trappings of the novel. It displays the shortcomings of narrative itself, prioritizing catharsis and pacing above a rigorous engagement with its complicated themes. Docile, while compulsively readable, is limited by its own form, revealing the commercial novel as a weak vessel with which to try and critique oppressive capitalist systems. I can’t help but wonder what this book’s set-up might flower into with a set of less commercial sensibilities. To use Alex’s own words: “This is not a punishment. It’s an opportunity.” 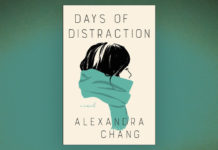 The Cruelty of Busyness 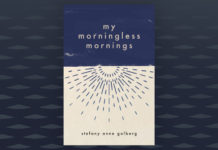 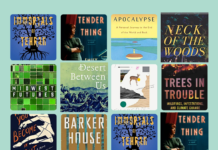