At first glance, My Morningless Mornings appears to be the simple musings of a teenage insomniac. The short work details author Stefany Anne Golberg’s quiet adolescence, which featured little parental monitoring and the ability to skip class without immediate consequence. Throughout her days avoiding the hours before noon, Golberg didn’t stay up to do anything, really. She embraced her wakefulness throughout the evening by watching outdated variety shows and forgotten documentaries in order to sleep well past the time many people begin their daily routines.

What makes My Morningless Mornings so notable, though, is not just the story of a ruminative young person who rejects the thrills associated with teenage life or even the early onset of her adulthood. Golberg’s work also functions as an abstract, winding, and rebellious consideration of the mundane qualities of the day’s earliest hours. Whereas the morning often is referred to as a beginning or a renewal of possibilities, Golberg instead asks her readers to consider it night’s ending and the conclusion of dream-induced wanderings and endless darkness.

At times, the writer does describe waking to the sun’s first rays as a possibility, although even in these instances, she turns that same potential into doubt about her choices. Golberg tends to retreat into the understanding that while mornings may be inevitable, they’re not necessarily welcome. She writes of opening her eyes only to be surprised that Earth still is intact and spinning, a feeling that certainly is common after a revelation or shocking disruption to one’s life. It’s the perplexing reality that nature is consistent when everything else is not.

Much of the work renews the feelings of abandonment and fear inspired by the first nightmare as a child when no one provided the comfort and assurance that things would be okay. Golberg masterfully captures that discomfort and sense of unending agitation, except that it isn’t resolved once the darkness retreats and shadows no longer take shape in the bedroom. The writer would prefer to linger in dream states, even if they’re panic-inducing, because they’re still preferable to facing life’s unanswerable questions once they’re gone.

Despite being divided into sections corresponding with different parts of the day ranging from night to sunrise, My Morningless Mornings has a sense of timelessness, blurring the hours between darkness and light. The work serves as a consideration of liminal spaces and the relationship between presence and absence, whether in terms of light, sleep, or Icarus’s partial-submersion into the sea in one of Peter Bruegel’s paintings. Offering a perspective that relies on the belief in simultaneity and multiplicity, Golberg also leaves wide gaps untended, requiring those interacting with her work to generate what she’s left out.

Because the short project is fragmented—it winds from art history to the author’s upbringing to philosophical abstractions, sometimes all within a single page—it requires a certain amount of focus, although it offers strands on which to build countless tangents and theoretical queries. Goldberg’s jumping thoughts can make her writing disjointed, and at times, the work feels as if it were meant to be read aloud as a performance that would allow intentional emphases and pauses.

Despite Golberg’s penchant for abstraction, though, perhaps the most striking element of her work is her ability simply to exist without doing. During her morningless days, Golberg didn’t fill the night with schoolwork, with caring for someone, or even with teenage adventure to the Las Vegas strip that glowed within sight of her parents’ home. By avoiding mornings altogether, Golberg didn’t just keep herself from the discomfort of dealing with the daylight and the realities it brought with it. She also provided herself a necessary reprieve to deal with the breakdown of her family, to reconcile the loss in her own life, and to question the long-held notion in the power of a new day. 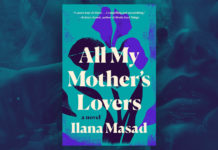 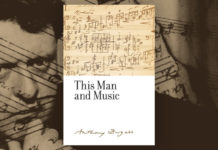 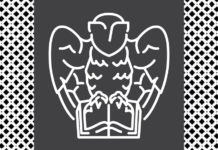