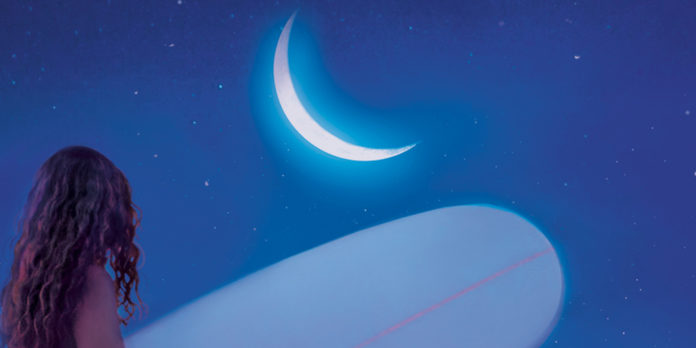 It’s COVER REVEAL TIME! We’re revealing the cover of Heather Buchta’s Beyond the Break, a funny and gorgeous debut about a girl experiencing her first love. Well, second, if you count her faith… and that’s where things may get complicated. Scroll down to see the cover AND read an excerpt below!

Chapter One
The first time a guy felt me up was in the big church prayer room.

All the parents of youth-group kids thought church lock-ins were a fantastic “outreach.” So many sign-ups from non-church kids for a night of innocent fun playing sardines and capture the flag, with the gospel message given! Even if “Jesus died for you” was thrown into the five minutes between Oreo-eating contests and discussions about which church Justin Bieber attends, seeds were planted!

It must be from the Lord.

Well, it wasn’t, unless the Lord was the one fanning the flame of rumors about the endless possibilities at lock-ins. Dark rooms. Dark hallways. Lots of games requiring dark rooms and hallways.

I was in ninth grade, and this was my first lock-in with our high-school youth group. I had just graduated from junior-high youth group and was nervous, but I had my friends Kelly and Lydia, so it was okay. We were playing sardines, where one person hides in the church building with the lights off, and then the masses are released to find that person. After finding the “hider,” you hide with him or her until there’s one dogpile of quiet, giggly teenagers waiting for that last scared-poopless soul wandering in the dark after watching everyone disappear.

“Please don’t let me be the last one,” I prayed to Jesus. “Oh, and thank you for the cross.” I always felt guilty asking God for something without at least thanking him, too. Lydia, who was Catholic and didn’t go to my church except for lock-ins, had sashayed off with some tenth-grade guy named Max, so I was hand in hand with Kelly. “My goodness, don’t leave me, Lovette,” Kelly begged, but then released my hand and turned a corner into the main sanctuary. When I turned the corner, she was nowhere.

“Oh God— I mean, gosh.” I squinted at the shadowed pews. “Kelly!” I whisper-yelled. Nothing. I felt my way, back pressed against the wall, searching for a glimmer of movement. A few outlines crept across the balcony, everyone searching for Tim.

Tim Rainsforth was a junior and a leader on our worship team, SQUAD, so he nominated himself to hide first. I’d never find him. He spent, like, six days a week here and for sure knew every inch of this place.

My hand bumped against a doorknob to the prayer room. I’d been here once before, when I asked God for help with my pimples and making the volleyball team and thanked him for dogs and the weather. Inside, I couldn’t make out much, but I knew the space was tiny: just a rug, a couch, some pillows to kneel on, and a card table draped with a cloth. On one wall were curtains and a cross. On the opposite wall was a Bible verse, “And we know that all things work together for good to those who love God . . . Romans 8:28.”

Something brushed my leg, and I jumped. My foot landed on a pillow, and I toppled to the ground. An arm wrapped around my stomach and pulled me in.

We were under the card table and the cloth draped to the ground, so until our group became bigger than four, this hiding place was killer.

“Shh,” he repeated, but I could tell he was grinning, proud. Someone opened the door, and I held my breath. The person was feeling the walls like a blind person reading braille. He or she tapped the top of our card table. I could feel Tim wrapped around me, a leg on each side, and I suddenly forgot about the game. Was this allowed? Sorry, Jesus, sorry, Jesus, sorry, Jesus. My heart thumped loud enough to give us away. Sweating this much had to mean sin. I started to move, but Tim held me firmly. I swear he was more still than a statue. He was so good at this! Tim was always somehow on the winning Ultimate Frisbee or capture the flag team. He also picked the teams. The shadow-person moved the pillows and left the room.

Okay, it’s just legs wrapped around you. It’s just a body. He’s just trying to win. I repeated these lines like a memorized Bible verse. As guilty as I felt, I liked his legs around me. I scrunched my eyes shut. God heard that. Were legs around me considered going too far? How far was too far?

Beyond the Break hits shelves on June 2! 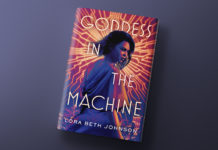 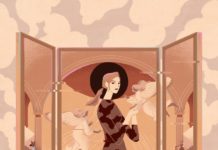 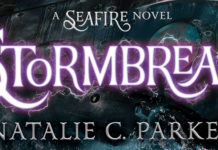