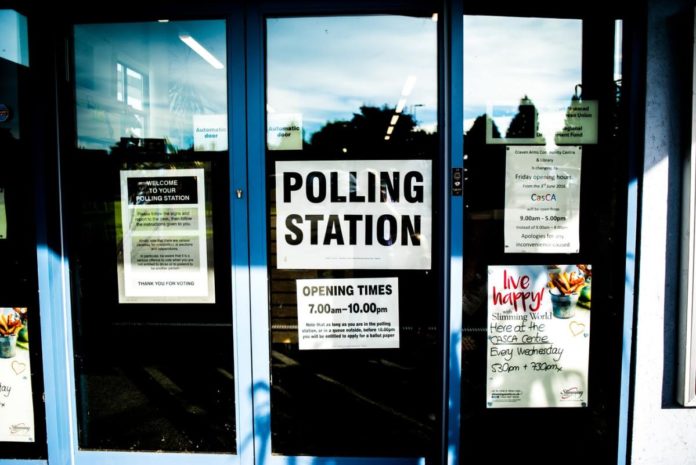 My phone number still has an Iowa area code, even though I haven’t lived there for over a decade. That means every four to eight years I’m inundated with calls and texts from Democratic presidential hopefuls, or at least their hard-working canvassers, asking for my support at the caucuses. I’ve only participated in one, for Barack Obama in 2008, and even from the inside it was a mystifying and chaotic experience.

While Iowans aren’t always king-makers (and with a predominantly white and aging population, not especially representative of America as a whole), there’s something intoxicating about the way politicians descend on the state, wolfing down fried goods at the fair, hosting meet-and-greets in photogenically quaint diners and church basements. However, in times like these, when it feels like the very soul of the country is riding on the outcome, it helps to know a little more about the states whose bellwether caucuses and primaries help shape the general election. News articles are great for that, but novels, short stories, and poetry can evoke a place like no other kind of writing. To get you started, here are some of those kinds of books set in every state that has a primary this month.

John Wayne might be the state’s most famous son but for readers there’s no more beloved daughter than Marilynne Robinson. Published almost twenty-five years after her debut novel Housekeeping, Gilead–a novel set in a fictional town in Iowa–won her the Pulitzer and finally brought her the national recognition she long deserved. A fictional autobiography of the life and memories of the Reverend John Ames, it’s both a beautiful evocation of a life lived simply and a deeply engaging portrayal of theological struggle. Robinson went on to write several books about the Ames family, but if you’re sick of man-on-the-street missives from red states that tell you nothing new, it’s the first that will provide a necessary tonic.

Ask the average person what they associate with Iowa and they might list the Hawkeyes, tornadoes, or Kevin Costner and his Field of Dreams. Ask a writer and they’ll likely have some bone to pick with the fabled Writer’s Workshop, even if they went there. Nam Le, a Vietnamese-born Australian author, mined his own experiences in the program for this autofictional highlight from his short-story collection The Boat. What begins as an incisive takedown of the ways immigrant writers are expected to cannibalize their own histories becomes a tender exploration of what a homeland can be, even if it’s only a temporary one.

An impressive number of poets have ties to New Hampshire. Robert Frost is probably the most famous, but E. E. Cummings, Charles Simic, and Donald Hall have all spent time in the Granite State. But for my money there was no better chronicler of the ecstasies and mundanities of rural existence than Jane Kenyon, who was still serving as the state’s poet laureate at the time of her (tragically early) death in 1995. Her poetry has invited comparisons to  Keats and Plath but her serene and unsparing depictions of life’s natural cycles have an incantatory power all their own. Think of her as providing a more generous interpretation of the state’s “live free or die” ethos.

A Prayer for Owen Meany by John Irving

Originally from New Hampshire, John Irving has set many of his Dickensian novels in the state. If you’d prefer to spend the entire month with a single door stopper, you could do far worse than Owen Meany, provided you can handle a character whose dialogue is always rendered in boomer-style caps lock. Based in part on Irving’s own experiences at Exeter, it’s the most successful of the author’s sprawling epics at walking the fine line between clear-eyed nostalgia and gooey sentimentality. While it’s wise to be wary of someone who proclaims themselves an instrument of a higher being, as Owen does, for a little while at least Irving makes you believe such grace can be used for good.

A Prayer for Travelers by Ruchika Tomar

To live in the shadows of an infamous city must be exceedingly peculiar, bearing constant witness to the series of regretful morning-afters from strangers passing through. Ruchika Tomar’s 2019 PEN/Hemingway-shortlisted novel captures this feeling well, casting about the desert country where the majority of Nevadans make their actual homes. Set mostly in truck stop cafes and trailer parks, this riveting mystery of a missing girl and the friend desperate to find her will show readers places rarely afforded the spotlight that Las Vegas receives, and is all the more revealing of the state’s true character for it.

Fear and Loathing in Las Vegas by Hunter S. Thompson

But for those who do want to take a tour of Nevada’s notoriously seedy side, literary head-trips rarely come more debauched than Hunter S. Thompson’s portrait of a drug-fueled writing assignment gone awry. It’s been entwined with the weirdness of the titular city since it was first serialized in Rolling Stone in 1971. True to its subtitle, “A Savage Journey to the Heart of the American Dream,” Fear and Loathing is both a lurid peek behind the curtain of our collective fantasies and a mournful rumination on the failures of the 1960’s counterculture movement. If all you know of this story is that Johnny Depp’s take on Raoul Duke in the film version took swings at invisible bats, you’re in for a wild, mind-expanding ride.

Slaves in the Family by Edward Ball

It’s a question many well-meaning people ask when confronted with the ugly realities of white supremacy: how do we begin to atone for the sins of our forebears? But for journalist Edward Ball,a descendant of one of the largest slave-owning families in the country, the question is more than hypothetical. Taking a rigorous approach to his own history, Ball’s remarkable book chronicles his efforts to trace the lineage of the slaves who lived on his ancestors’ twenty-five plantations and seek out their descendants willing to speak with him. To see those intimate and empathetic conversations contrasted with the often defensive reactions of his own relatives shows just how much hard work still remains to be done, even within our own communities.

The Underground Railroad by Colson Whitehead

If somehow this highly decorated, soon-to-be-a-miniseries novel escaped your notice before now, there’s no better time to pick up Colson Whitehead’s genre-defying masterpiece. In Whitehead’s conception the Underground Railroad is a literal transit system and while the book spans several states it’s South Carolina that provides the most trenchant backdrop for his reimagining of America’s great atrocity, where the promise of government-mandated safety is merely an insidious cover for the enforced sterilization and medical testing of its black citizens. It’s just one of the many ways Whitehead’s novel echoes across our modern times, questioning how civilized we are now–or whether we ever can be–when we’ve yet to truly reckon with our past. 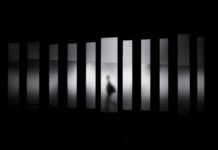 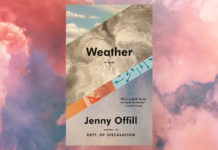 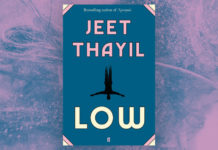